Check out our latest professional janitorial services tips on office odors, what clean should smell like, and what odorless dangers are wafting through your office. 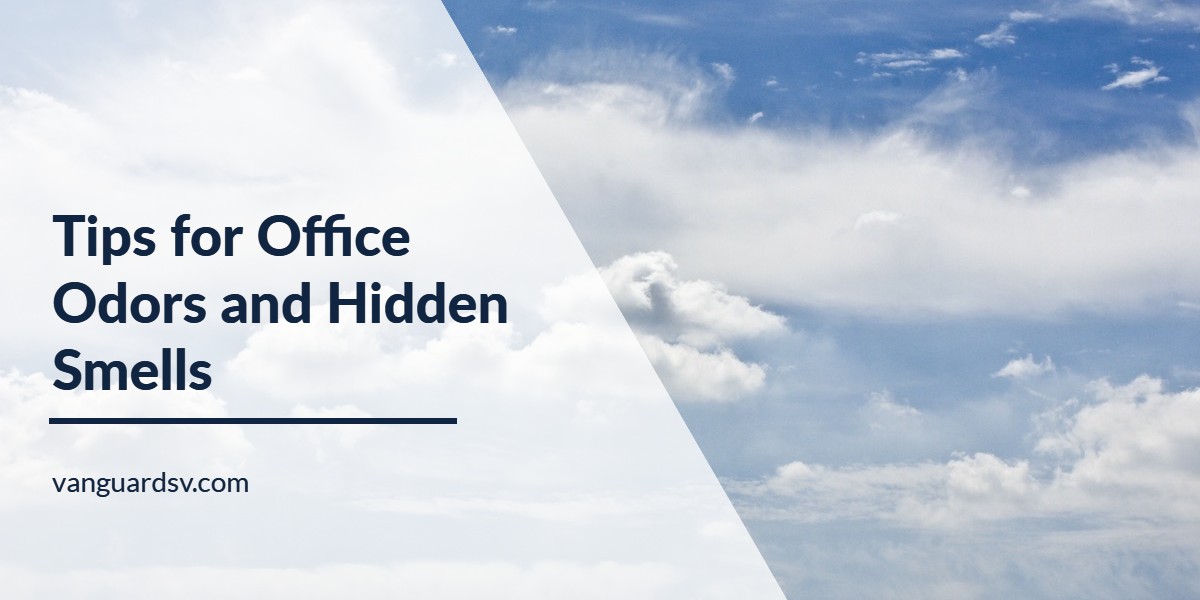 Bad odors are bad for business.

According to a recent Harris Poll, of the more than 2000 individuals surveyed, 85% said they would never return to a restaurant if they felt it had a generally bad odor.

Unfortunately, the tendency is to either mask the smell with perfume agents or try to remove it with dangerous chemical cleaners, which leave behind a harsh odor and often undetectable hazardous airborne particles that have been linked to a host of health issues.

Clean should not have a harsh smell.

Green and probiotic cleaners are biodegradable, only leave behind a faint scent, and are absent the potential side-effects of conventional alternatives.

Bad odors can come from anywhere for multiple reasons, all of which will turn away prospective or repeat business.

According to the same survey, dirty walkways and entryways, surfaces, and restrooms were also listed as reasons to never repeat business with a restaurant, and every one of those areas can be sources for bad smells, as well as germs and bacteria.

According to Cleaning Maintenance & Mangement, bad smells can turn away repeat business from several industries that rely on it, including:

Bad odors aren't just bad for business; they are also bad for your health.

According to the New York State Health Department;

Exposure to odors could result in health effects ranging from none, to mild discomfort, to more serious symptoms.

Some chemicals with strong odors may cause eye, nose, throat or lung irritation.

Strong odors may cause some people to feel a burning sensation that leads to coughing, wheezing or other breathing problems.

People who smell strong odors may get headaches or feel dizzy or nauseous.

If an odor lasts a long time or keeps occurring, it also could affect mood, anxiety and stress levels.

What You Can't Smell

Our sense of smell will typically warn us if we've come into contact with a hazardous airborne substance, usually allowing us to exit the vicinity before any long-term damage is done.

However, according to Kimberly-Clark Professional, it is the chemicals in the air that our nose cannot detect that should concern us.

Not all gaseous contaminants – including volatile organic compounds (VOCs) – can be identified by smell alone.

In fact, the issue of controlling VOCs and other gaseous contaminants may be even more important when there are no odors associated with them to trigger occupant complaints.

KCP goes on to detail exactly why this is such a problem.

According to the EPA, research shows that some VOCs can cause chronic and acute health effects at high concentrations, and some are known carcinogens. Low to moderate levels of multiple VOCs may also produce acute reactions.

There is also the potential for interaction of VOCs with other chemical compounds to form a third compound that may be a threat to health and comfort, according to leading air quality investigators.

Dealing with bad smells requires us to address the problem at its source.

Make sure to clean w/ green-certified chemicals to avoid compounding the smell problem into a health issue.

The most cost-effective way to deal with residual bad odors, or undetectable VOC's floating through the air is to open doors and windows, allowing fresh air and sunlight to do their job.

If the space you're in doesn't have windows, reduction fans may be required but can be complicated to set up if you've never done it before.

For area's prone to smells, such as restaurants, consider placing live plants around the dining area to absorb toxins and other particles, while emitting a safe, fresh scent.

Bad smells in your classroom or business can range from financially problematic, to a full-scale health concern.

Masking perfumes and harsh chemical cleaning products can also off-gas terrible odors, in addition to VOCs, which can range from irritating to deadly, depending on exposure and susceptibility.

Green cleaning products are biodegradable and do not use perfume agents to mask or imitate smells--leaving behind a faint odor that is not harmful to anyone.

If you would like to learn more about the dangers associated with bad odors, smells, or the toxic airborne particles many commercial cleaning products leave behind, contact us today for a free quote!