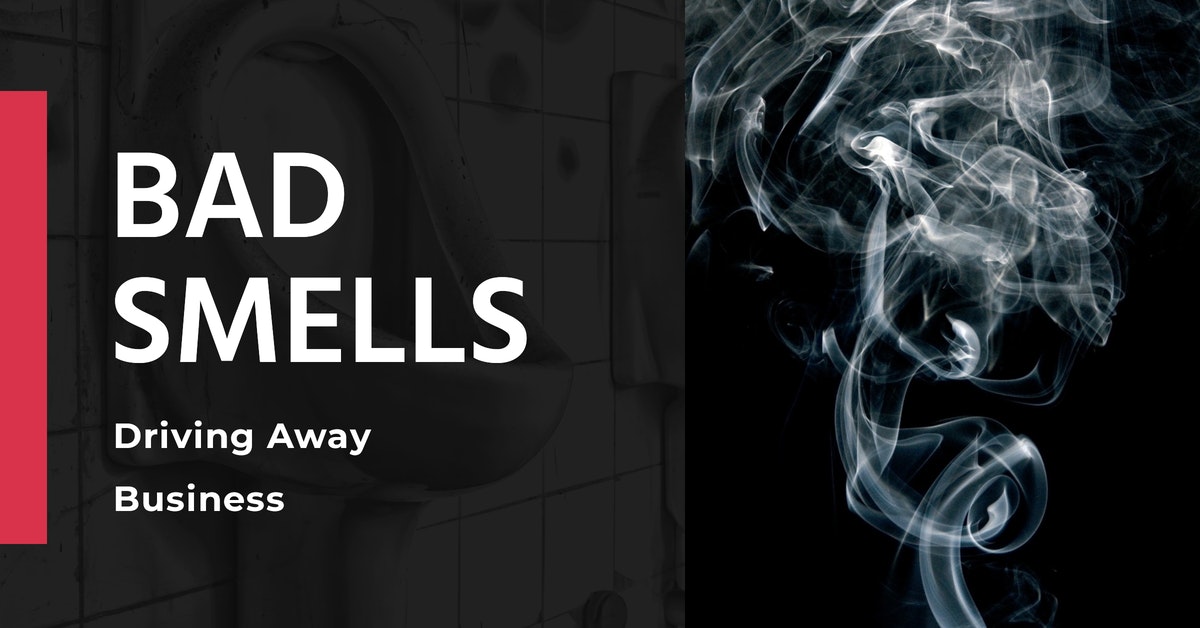 The consensus is in--bad smells are bad for business.

When customers walk into your facility, and the first thing they encounter is a foul odor, they are more likely than not to assume the rest of the establishment is unhygienic, then leave, likely never to return.

A recent online Harris Poll on behalf of Oxy-Gen Powered surveyed more than 2,000 American adults regarding their opinion of a business or facility after encountering a foul odor, reporting that:

The opinions varied across industries and venues, with:

No building occupant or visitor wants to be greeted with an unpleasant smell in a lobby, restroom or anywhere else in a facility.

Poll: Foul Odors Could Be Keeping Patrons Away

Combatting odors remains one of the most challenging tasks facing facilities maintenance and custodial teams.

According to CMMOnline, citing a survey conducted by Clorox Professional Products Co. of more than 400 cleaning professionals;

Seventy-nine percent of cleaning professionals said removing odor from the air was their biggest cleaning challenge, and many of them also identified urine, feces, vomit, mildew, body odor, smoke, or garbage odors as the most difficult to tackle.

Not surprisingly, odors in restrooms and garbage areas are toughest to combat.

Not all smells are created equally and should not be attacked with a one size fits all solution, especially if that solution is a masking fragrance more likely to irritate and repel facility occupants and customers than resolve any odor challenge.

Bad smells drive away business and, according to several reports, keep it away.

Confronting the challenges of foul odors, especially recurring ones originating in heavily trafficked restrooms or busy kitchens, can be difficult, but the worst thing a business or facility manager can do is ignore the problem.

Adding to the challenge are the dangers associated with the use of many chemical cleaning and disinfection products--some products are meant for removing the source of the bacteria's food, some for killing the bacteria, and some if mixed together, can kill you.

A superior alternative, especially regarding the cleanup of kitchens and restrooms, is the use of no-touch cleaning systems combined with electrostatic disinfection appliances, which significantly reduces labor, time, and contact with dangerous chemicals.

Outsourcing your facilities' cleaning and disinfection requirements to an experienced service provider is a proven method for safely controlling odors and ensuring occupant health, safety, and customer satisfaction.

If you would like more information regarding the effectiveness of high-performance cleaning and disinfection services, especially as they pertain to odor control, or if you would like to schedule a free, no-obligation onsite assessment of your facility's custodial needs, contact us today for a free quote!