Toilet plumes are an unfortunate byproduct of modern public restroom function and design, which contribute to potentially hazardous conditions regarding occupant health. 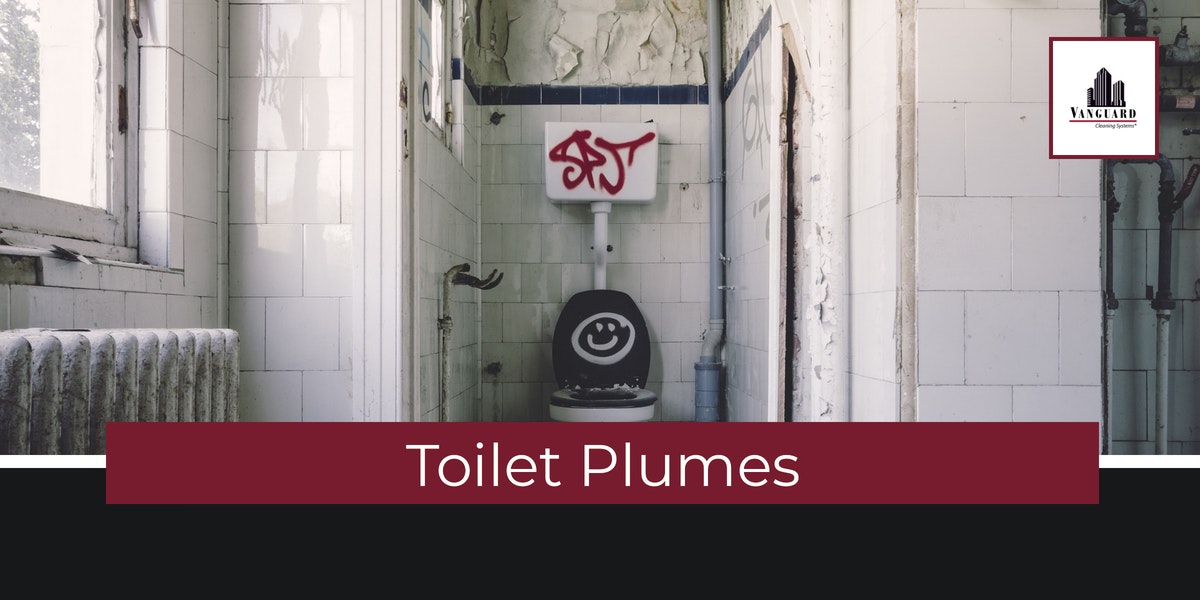 It's Time to Talk About Toilet Plumes

Few things say gross more than the concept of the contents of a public toilet being vaulted upwards in an aerosolized plume--ultimately settling on every conceivable surface.

Toilet seats--notably absent from public restrooms--prevent toilet plumes and smells from escaping while protecting personal items from falling into the bowl.

Due to years of vandalism and misuse, toilet seats have all but disappeared from the modern public restroom, resulting in several unintended consequences.

Research suggests that this toilet plume could play an important role in the transmission of infectious diseases for which the pathogen is shed in feces or vomit.

The possible role of toilet plume in airborne transmission of norovirus, SARS, and pandemic influenza is of particular interest.

Please, for the Love of God, Close the Toilet Lid When You Flush

Studies have shown that toilet plumes can erupt aerosolized particles as far as fifteen feet and microbes from previous users can remain resident in the bowl after several subsequent flushes.

A study published in the journal Applied Microbiology in 1975 (before the adoption of low-flow toilets) found that whatever you put in your toilet can stay there long after you flush.

After seeding a toilet bowl with potentially infectious bacteria and viruses, the researchers found that the toilet dispersed the microbes far enough to settle on other bathroom surfaces, like the floor, the sink, and even your toothbrush.

The microbes also remained on the toilet bowl's porcelain surface after multiple flushes, and while the number of microbes decreased after the first few flushes, the population leveled out and remained until it was scrubbed off (with or without detergent).

According to a recent article published by Women's Health, once aerosolized, the microbes can remain airborne for quite some time.

One study found that E. coli, which can cause diarrhea and vomiting, lingered in the air for up to four to six hours after flushing.

Another determined that salmonella, which can cause similar symptoms, lingered in the toilet bowl for 50 days after it was put in there, got aerosolized every time people flushed, and contaminated surfaces like the toilet flusher and door handle.

Still another found that Clostridium difficile, which can cause fever, diarrhea, stomach pain, or even a life-threatening infection, hung out in the air above the toilet for up to 90 minutes after flushing.

Are You Covering Yourself in Germs Every Time You Flush the Toilet?

Unfortunately, where those aerosolized microbes land can contribute to additional health concerns, specifically in regards to the use of air-blown hand dryers.

A study conducted in 36 restrooms of the University of Connecticut School of Medicine reported that;

Air-blasted plates carried 18-60 colonies of bacteria on average, whereas two minutes' exposure to the mere bathroom air left fewer than one colony on average.

What's more, the inside of the dryer nozzles themselves had "minimal bacterial levels."

Hand dryers suck in fecal bacteria and blow it all over your hands, study finds

Tackling the Tough Task of Toilet Plumes in Public Restrooms

The only method to fully prevent the challenges presented by toilet plumes in public restrooms is to install and deal with the issues of toilet seats, but that is unlikely to happen.

Low flow toilets reduce the distance a plume initially spreads, but cannot prevent it from occurring.

Given that reality, the best method for addressing the challenges presented are to:

Due to years of misuse and vandalism, business owners and city managers made the decision to remove seats from publicly accessible toilets, causing several unintended consequences that have resulted in the outbreak of infectious disease.

According to the U.S. Centers for Disease Control and Prevention (CDC);

Potentially infectious aerosols may be produced in substantial quantities during flushing.

Research suggests that toilet plume could play a contributory role in the transmission of infectious diseases.

Lifting the lid on toilet plume aerosol: A literature review with suggestions for future research

Routine high-performance cleaning and disinfection services will eliminate the germs and bacteria responsible for the spread of infectious diseases via toilet plumes.

However, it is worth mentioning that cleaning toilets, especially heavily soiled ones, is the least desirable task in all of the custodial industry and requires a dedicated, well-trained, and appropriately equipped service provider to complete safely and satisfactorily.