The Increasing Threat of Superbugs

The risk of superbug infections has increased exponentially over the last few years, with potential threats originating from multiple avenues and science able to do little to prevent it. 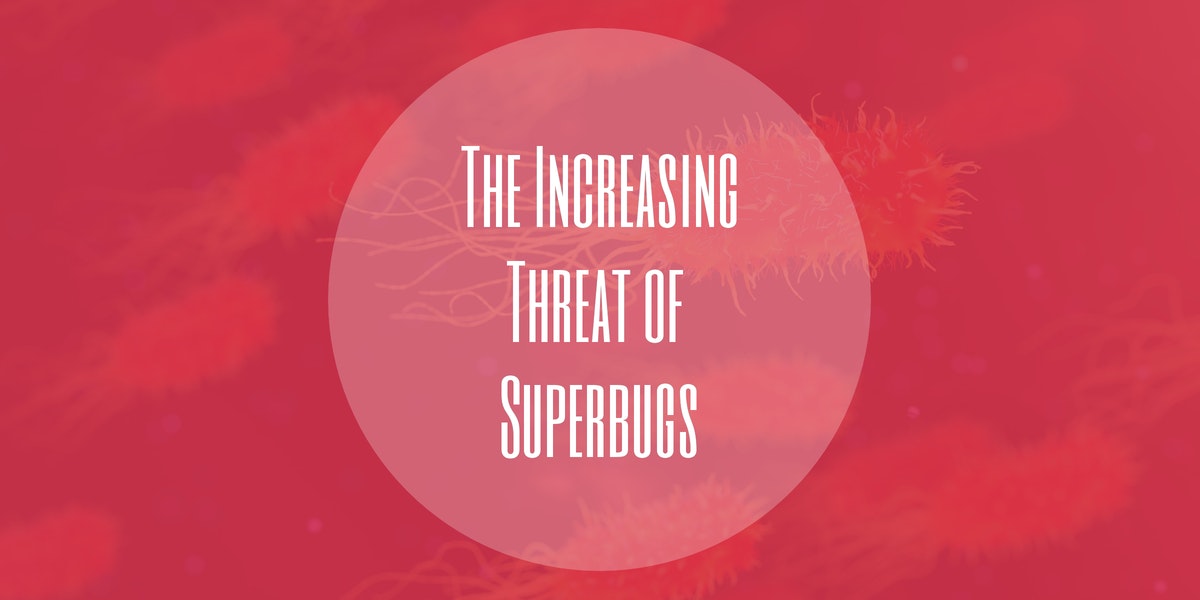 The Threat of Superbugs is on the Rise

First and foremost, the challenge presented by superbugs is an active threat resulting in nearly three million hospitalizations and claiming the lives of tens of thousands of individuals each year.

According to a recent report released by the U.S. Centers for Disease Control and Prevention (CDC);

[...] antibiotic-resistant bacteria and fungi cause more than 2.8 million infections and 35,000 deaths in the United States each year.

That means, on average, someone in the United States gets an antibiotic-resistant infection every 11 seconds and every 15 minutes someone dies.

When Clostridioides difficile, a bacterium which is not typically resistant but can cause deadly diarrhea and is associated with antibiotic use, is added to these, the U.S. toll of all the threats in the report exceeds 3 million infections and 48,000 deaths.

The report lists 18 antibiotic-resistant bacteria and fungi into three categories, ranging from Urgent to Concerning, and adds three additional fungi and bacteria to a watchlist which could spread throughout the U.S. if more aggressive action is not taken, including:

However, these are not the only concerns.

According to research conducted by the U.K. based Rothamsted Group, hypervirulent strains of bacteria, fungi, and water-borne mold, which have risen from 112 in 2015 to 475 as of the time of this publication, could be a single mutation away from resulting in widespread destruction, potentially causing disease in humans and crops.

[...] we have the emergence of many new disease-causing organisms, we have diseases jumping species barriers into new hosts, and we have a growing resistance to antibiotics and pesticides –– coupled with a rise in legislation banning or restricting many existing chemicals we use for control –– all of which means microbial infections are of ever-growing concern to human, animal and plant welfare.

What Caused the Rise in Superbugs?

The rapidly emerging threat of superbugs did not happen overnight, nor does it have a single source.

According to a 2015 National Institutes of Health publication by C. Lee Ventola, MS, the primary causes include:

Combating the Rise of Superbugs

Fortunately, the development of new and better antibiotics, while critical, is not the only method of tackling the rise of superbugs.

While the development of new treatments is one of these key actions, such investments must be coupled with dedicated efforts toward preventing infections in the first place, slowing the development of resistance through better antibiotic use, and stopping the spread of resistance when it does develop to protect American lives now and in the future.

Superbugs On The Rise? New CDC Report Finds Threat Has Increased From Previous Report In 2013

That doesn't necessarily entail green cleaning, though it should.

Cleaning for health first means cleaning for the health and safety of building occupants over the look of a particular space, and involves:

Around the world, superbugs claim the lives of hundreds of thousands of people each year, and if something is not done, by 2050 that number could soar into the tens of millions.

Across the world, the estimated annual mortality rate is 700,000.

If these trends continue, by 2050, 10 million people globally will die each year, as the potent diseases of previous centuries return to their old force.

Advanced infection prevention and control measures are required to stem the tide to provide medical research with the time necessary to produce new and more effective antibiotics and antifungal solutions.