According to recent reports release by the World Health Organization (WHO), the world is at increased and growing risk for a global pandemic on par with the 1918 Spanish Flu outbreak. 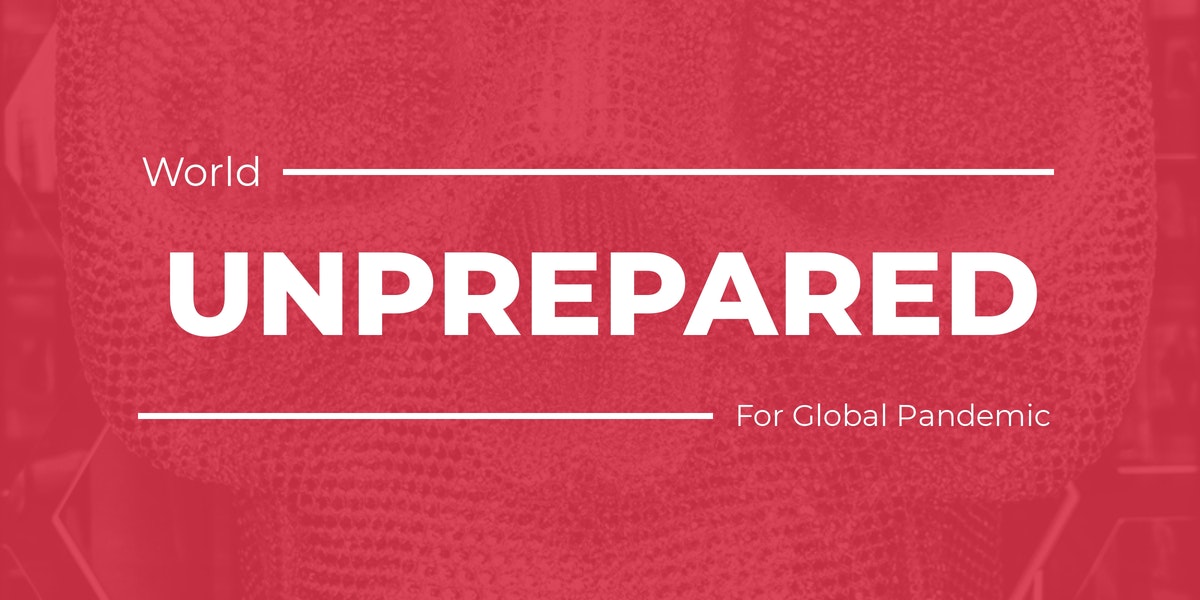 The 1918 influenza (H1N1) pandemic, commonly referred to as the Spanish Flu, lasted from approximately January 1918 to December 1920.

Due to inadequate data and suppressed reporting, the full scale of the pandemic will likely never be known.

However, it is estimated that the Spanish Flu infected approximately 500 million people worldwide--killing between 50 and 100 million (app. 675,000 in the U.S.), or roughly 3 to 5 percent of the global population, and effectively reducing the life expectancy of U.S. citizens by 12 years in the first year of the outbreak.

It has been ascertained that the H1N1 strain was no more aggressive than usual.

Instead, the widespread death toll was attributed to bacterial superinfection--a secondary bacterial infection superimposed on a previous viral infection--as the result of overcrowding, malnourishment, and poor hygiene.

Further, according to CNN Health;

Between 2011 and 2018, WHO tracked 1,483 epidemics worldwide, including Ebola and severe acute respiratory syndrome (SARS), the report said.

These epidemics and pandemics devastated many of their host countries -- the West Africa Ebola outbreak resulted in a loss of $53 billion in economic and social cost.

The risk of a global pandemic is growing -- and the world isn't ready, experts say

Why we are not Prepared

The rising risk of a global pandemic stems from several factors, including:

While world leaders meet to discuss methods for addressing and responding to global outbreaks, many are left wondering what they can do to protect themselves.

Currently, no vaccine exists to protect against pandemic influenza outbreaks, as well as many other viruses that could potentially threaten worldwide populations and economies.

The influenza virus is spread through direct contact with a contaminated surface, or exposure to contaminated air, and the former is more likely than the latter.

A routine high-performance cleaning program combined with regular disinfection services via an electrostatic disinfection appliance has been shown to significantly limit the spread of influenza and other germs, even in elementary schools during flu season.

Additionally, previous surveys have cited a high number--more than 60% of respondents--attributed their absence of illness to regular hand washing as opposed to vaccination.

Global pandemics have wreaked havoc across the planet before, and they will again in the future--the question is not a matter of if, but when.

The results for an unprepared population could be devastating.

According to the World Bank;

A severe pandemic can result in millions of deaths, and even the most conservative estimates suggest that pandemics destroy up to 1% of global GDP, which is comparable to other top-priority threats, such as climate change.

Recent economic work estimates that the annual global cost of moderately severe to severe pandemics is roughly $US 570 billion, or 0.7% of global income.

While world leaders struggle to find solutions to address the rising challenge--individuals, business leaders, and school administrators at home can take proactive action now to limit the spread of viral infections and secondary bacterial superinfections, including:

If you would like to learn more about high-performance infection prevention and control measures for your facility, or if you would like to schedule a free, no-obligation onsite consultation regarding your organization's janitorial needs, contact us today for a free quote!