Workplace cleanliness and hygiene, the quality of cleaning products, and the absence of environmental pollutants and illness-causing germs are top priorities for today's workforce. 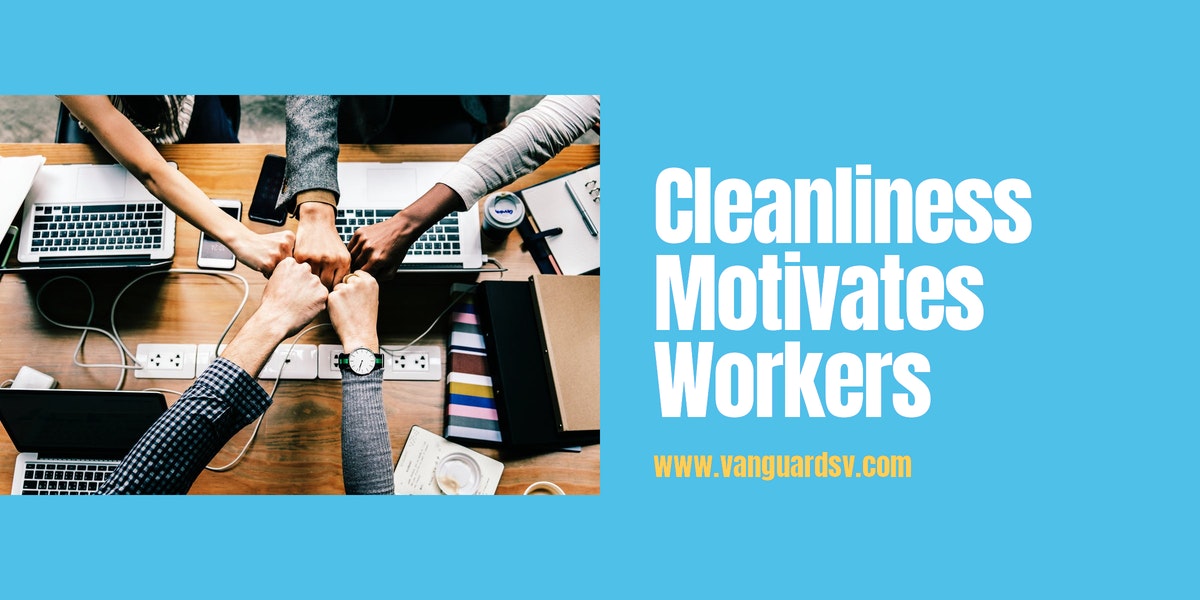 You've likely come across the statistic that humans spend approximately ninety percent of their time indoors.

In the U.S., that number is actually slightly higher.

According to the Indoor Environment Group;

According to the Bureau of Labor Statistics May 2019 Employment Situation Survey, Americans across all demographics spend, on average, 34.4 hours per week working, or approximately twenty percent of their week.

Given that time commitment, it should come as no surprise to anyone that office workers have increasingly voiced a preference for a clean, hygienic, organized workplace.

According to a 2018 survey conducted by TORK;

9 in 10 manufacturing employees believe quality on-the-job tools, such as cleaning products, impact their productivity (90%) along with their happiness (91%).

94 percent of employees find that a hygienic, healthy and risk-free work environment impacts their happiness (57% strongly agree), and;

60 percent of workers find that organization of work environment strongly influences their productivity, and 93 percent find it affects their happiness.

The reason behind this is easy to discern--people value the condition of their mental and physical well-being and where they are spending a third of their waking hours in the workplace; they are right to hold their employer accountable for the environment and conditions for which they are exposed.

A 2005 Carnegie Mellon University Center for Building Performance review of research on the link between green cleaning and productivity identified 17 separate studies documenting a reduction in reported symptoms of asthma, flu, sick building syndrome, respiratory problems and headaches that ranged from 13.5 to 87 percent — an average improvement of 41 percent.

One analysis showed that, the potential decreases in adverse health effects from improvements in indoor environments to be 10 to 30 percent for infectious respiratory disease, and allergy and asthma symptoms and 20 to 50 percent for SBS [sick building syndrome] symptoms.

The potential direct increase in office workers' performance was estimated to range between 0.5 and 5 percent.

Another analysis pointed out that, “researchers have determined that the impact of the indoor environment on worker productivity can result in a savings of three to 34 minutes per day, per worker.

What Hoteliers Should Know about Green Cleaning Products and Practices

Far too many people go into work sick.

A 2016 Harvard Workplace and Health Poll Report published by National Public Radio (NPR) found that an estimated forty-eight to sixty-five percent of workers reported knowingly going into work with the flu--exposing everyone else in the office to the illness, likely in a matter of hours.

While various studies have established numerous reasons for this behavior--ranging from financial to psychological--the fact remains that contagious illness, such as influenza, can be infectious for several days before symptoms arise.

Statistically, it has been estimated that approximately eighty percent of common illnesses are spread through direct hand-to-surface contact--emphasizing the need for high-quality cleaning and disinfection services, especially during the flu season.

There exist several correlations between a cluttered or disorganized workplace, worker stress, and employee engagement--one of the highest indicators of positive outcomes for businesses.

A 2018 Gallup poll revealed that, while the number is on the rise, only about a third of employees reported feeling engaged in the workplace, while thirteen percent reported being actively disengaged.

According to Digital Signal;

57% of employees who said they were very stressed at work felt less productive and disengaged.

Work overload decreases productivity by 68% in employees who feel they don’t have enough hours in the day to complete their tasks.

Employee Productivity Statistics: Every Stat You Need to Know

As it turns out, clutter has not only been shown to reduce our ability to focus, but also increase procrastination and cortisol levels, resulting in stress and depression.

According to the Harvard Business Review;

A study on the effects of clutter in the home found that individuals who felt overwhelmed by the amount of “stuff” in their homes were more likely to procrastinate.

Research from the United States in 2009, for instance, found the levels of the stress hormone cortisol were higher in mothers whose home environment was cluttered; elevated cortisol levels sustained over time can lead to anxiety and depression.

The Case for Finally Cleaning Your Desk

From this information, it is easy to conclude that a well-organized workplace is not only better for the office worker, but better for the business's bottom line.

Maintaining a clean, clutter-free, and hygienic workplace is critical for ensuring the mental and physical wellbeing of all facility occupants, as well as a business's financial interests.

Implementing a high-performance cleaning program that is complementary to the three most critical factors to an employee's happiness and, correspondingly, their productive output, provides modern businesses with a definitive edge over their competition.

If you would like additional information regarding the health and motivational benefits of a clean and hygienic workplace, or if you would like to schedule a free, no-obligation on-site assessment of your facilities infection prevention and control requirements, contact us today for a free quote!