Outsourcing your cinema or movie theater's janitorial services is a cost-effective approach to eliminating germs and improving customer satisfaction. 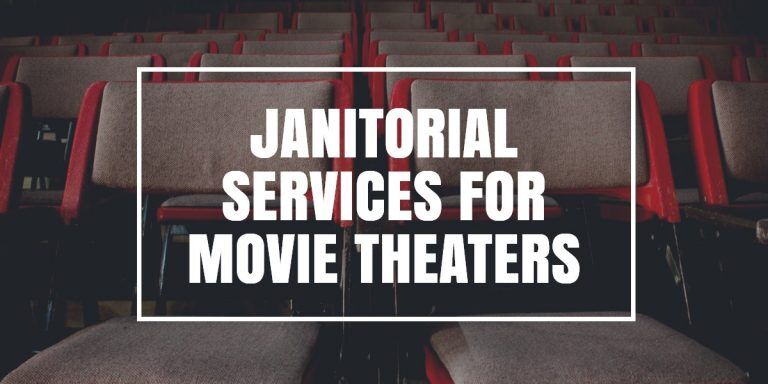 The Benefits of Outsourcing Janitorial Services for Movie Theaters

It doesn't matter how good the movie or the popcorn is, if your theater is filthy, your prospective customers will move on to local competitors.

Numerous surveys have shown consumers are increasingly aware of the ramifications of patronizing an establishment that demonstrates a low commitment to cleanliness and health, especially where food is prepared and served.

That awareness, combined with a steady increase in local competition and less expensive mobile and streaming alternatives, has led dissatisfied customers to voice their disapproval of theater cleanliness online, leading to a two-fold loss of business--both current and prospective moviegoers.

The challenge that movie theater managers face is staffing, product management, equipment availability, and training--put simply, they don't have the resources necessary to properly clean and disinfect the theater in accordance with the volume of foot traffic and the level of use.

This lapse has led to people becoming extremely ill as a direct result of their visit to a movie theater, and it is being reflected in the dramatically declining profit margins for these types of businesses.

A recent article published by Yahoo Lifestyle detailed seven significant areas in movie theaters that are covered in germs, and are likely killing your business' profit margins.

One might be inclined to think that higher-end movie theaters would not have these types of issues.

One would be wrong.

According to a recent episode of The Doctors;

With the help of ABC Labs, The Doctors tested three types of movie theaters – a high-end location, a theater located at a mall and a budget cinema – taking swabs of the armrests, seats, cup holders and floors and the laboratory results were shocking.

“Every theater had fecal growth in different places,” ER physician Dr. Travis Stork says, explaining that in our specific tests all three locations had either fecal matter or fecal bacteria on the seats, floor or armrests.

Is Your Movie Theater Making You Sick?

Another study, conducted by ABC's 20/20 discovered;

[E]vidence of bacteria found in cattle and soil, as well as bacteria commonly found in human feces and yeast.

Image courtesy of the Cleveland Clinic

The cost of going to a movie theater, when compared to the significantly less expensive alternatives afforded by modern technology, demands that the experience be as enjoyable and relaxing as possible--something distinctly impossible in an establishment that stinks of grease, or worse, has sticky floors with food all over them, bathrooms that look like they haven't been serviced in ages, and vending machines no sane person would eat from.

The issue isn't that the theater management just doesn't care about their facilities' public image or potential to negatively impact occupant and visitor health, it's that cleaning for health is a full-time profession requiring a practiced skillset, as well as specialized tools and training that are impractical for the traditional movie theater employee to possess or have access to.

Maintaining a high standard of sanitation and cleanliness can be cost-effectively managed by outsourcing nightly cleaning and disinfection needs to a professional commercial cleaning company, allowing your organization to avoid the costs of direct hires, expensive equipment and training, and time-consuming documentation and product management.

If you would like to learn more about the advantages of outsourcing your cinema or movie theater's janitorial services–contact us today for a free quote!