Outsourced janitorial services which specialize in sustainable green cleaning practices are a cost-effective solution to address the challenges of bacteria levels and toilet plumes in bathrooms. 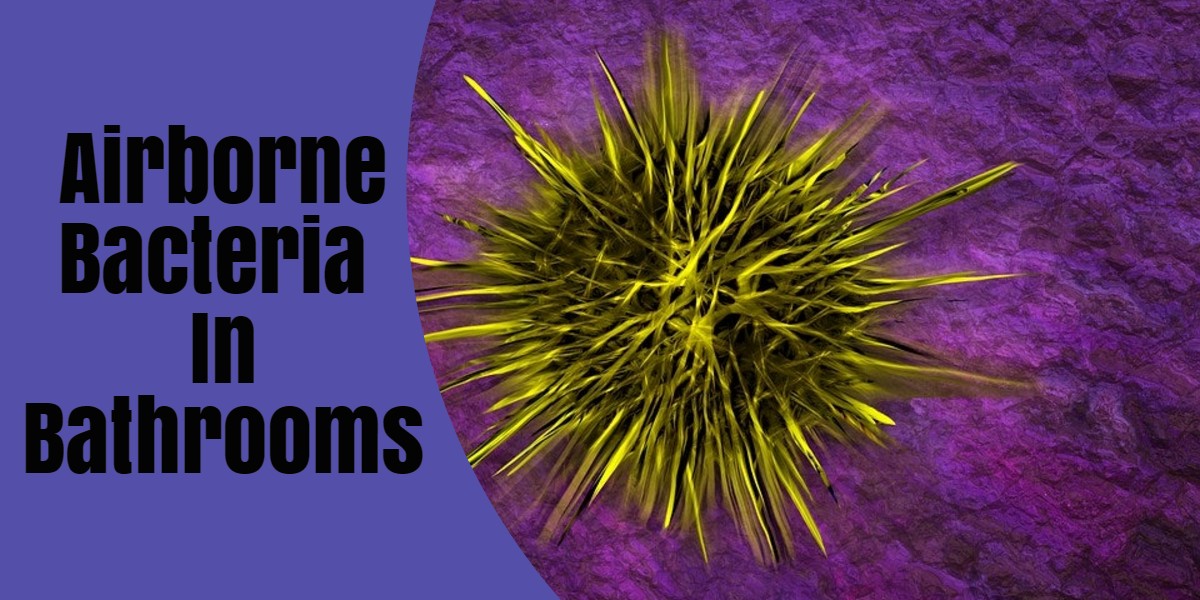 Toilet plumes occur when water from an open toilet seat is ejected into the air.

Residual germs and bacteria that have seeded themselves into the porcelain are discharged into the atmosphere, where they remain long enough to settle on other surfaces, such as countertops, showers, toothbrushes, makeup, and cell phones.

According to an article published in Applied Microbiology;

Large numbers of bacteria and viruses when seeded into household toilets were shown to remain in the bowl after flushing, and even continual flushing could not remove a persistent fraction.

This was found to be due to the adsorption of the organisms to the porcelain surfaces of the bowl, with gradual elution occurring after each flush.

Droplets produced by flushing toilets were found to harbor both bacteria and viruses which had been seeded.

The detection of bacteria and viruses falling out onto surfaces in bathrooms after flushing indicated that they remain airborne long enough to settle on the surface throughout the bathroom.

Thus, there is a possibility that a person may acquire an infection from an aerosol produced by a toilet.

Microbiological Hazards of Household Toilets: Droplet Production and the Fate of Residual Organisms

The Danger of Toilet Plumes

Toile plumes were first discovered by Dr. Charles Gerba in 1975, where he hypothesized that such plumes, containing the same germs and bacteria associated with several common illnesses, could be ejected into the air and inhaled, or otherwise ingested through secondary contact from toothbrushes and makeup left out in the open.

Disturbingly, the issue is more prolific than many are comfortable with hearing.

According to a recent article published by The Huffington Post;

Researchers at an American Society for Microbiology meeting on Tuesday presented a study showing that 60 percent of toothbrushes analyzed in communal bathrooms at Quinnipiac University in Connecticut tested positive for fecal coliform bacteria.

To make matters worse, the research shows that if you’re sharing a bathroom, there’s an 80 percent chance that those fecal bacteria came from someone else’s bum.

The main concern is not with the presence of your own fecal matter on your toothbrush, but rather when a toothbrush is contaminated with fecal matter from someone else, which contains bacteria, viruses or parasites that are not part of your normal flora.

Your Toothbrush Likely Has Poop On It, Study Finds

Unfortunately, that isn't the worst part.

According to Business Insider;

Low-flow toilets have decreased this risk — they don't gush or blast as much as other types of johns — but countless old toilets are still in use today and can really spew.

Philip Tierno, a microbiologist at New York University, says that aerosol plumes can reach as high as 15 feet.

The microbes also remained on the toilet bowl's porcelain surface after multiple flushes, and while the number of microbes decreased after the first few flushes, the population leveled out and remained until it was scrubbed off.

Obviously, toilet plumes are disgusting, and represent a real health risk, especially in public restrooms with high-flow toilets, but no toilet seat.

Scrubbing the germs and bacteria away is the only way to get rid of them.

An outsourced janitorial vendor, certified in green cleaning and sustainable business practices, can provide a cost-effective cleaning regimen that safely addresses the challenge while providing consulting services that can help alleviate, if not eliminate the problem.

If you would like to learn more about the advantages of outsourced janitorial services to address airborne bacteria originating from your bathroom, contact us today for a free quote!