Janitorial Services – Probiotics and the Future of Clean

Green janitorial services have been a boon for health and environmentally conscious businesses, but the future may well be healthy bacteria in the form of probiotics. 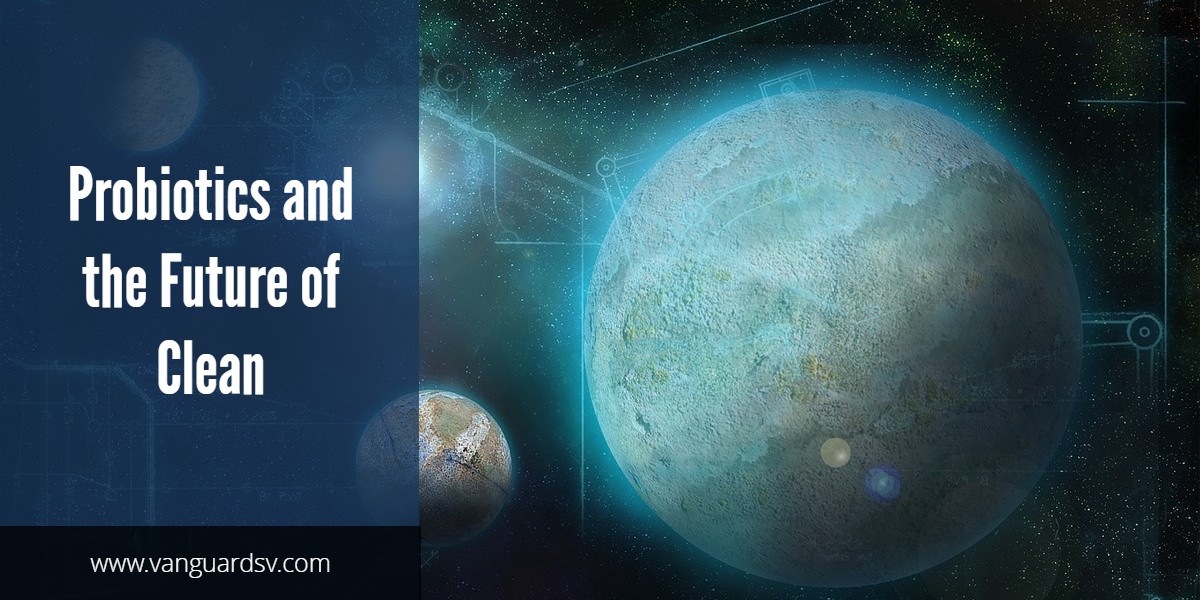 Probiotics and the Future of Green Janitorial Services

Most people are familiar with the basic concepts and conventional applications of probiotics concerning personal health; specifically, its use in regulating the human digestive system.

Conversely, many individuals remain unaware of the nature of probiotics; why they work or potential applications in modern cleaning.

As a society, many of us have grown with the 'understanding' that all bacteria are harmful to us.

Consequently, we have flooded our bodies and environment with antibiotics and anti-bacterial chemicals that may have done more harm than good.

Ironically, it was our crusade to rid the world of germs and disease that has led to the creation of more dangerous, antibacterial-resistant strains of Staph (MRSA).

This practice has led to the senseless destruction of 'good bacteria': that may have aided us in our quest for a healthier world.

Essentially, the opposite of antibiotics.

According to the Oxford Journals publication, Clinical Infectious Diseases, Probiotics are defined as;

[sic]...live microorganisms that, when administered in adequate amounts, confer a health benefit on the host.

Two of the most prevalent types of probiotics used in the U.S. are;

These bacteria are commonly found in the human digestive system/intestinal tract but exhibit no adverse effect in humans.

Therein lies, at least in part, the theory behind the efficacy of probiotics in the elimination of harmful bacteria.

Practical Uses of Probiotics in Health and Janitorial Cleaning

Currently, probiotics are used in multiple healthcare applications, ranging from constipation to lung infections, as well as diarrhea in children due to side-effects from antibiotic use.

In cleaning, the concept behind the practical use of probiotics is a little more straightforward.

A recent study has established that the;

[sic]...chronic exposure to lactobacilli, which are part of the normal intestinal flora, inhibits the development of allergic disorders.

Going so far as to state;

[sic]...Lactobacilli have been shown to exhibit strong (immuno)modulatory properties including prevention of infections, anti-tumour activity, modulation of autoimmune diseases and allergic disorders...[sic]

This was shown to have a positive effect on dustmite-related allergic reactions as probiotic bacteria consumes the dust mite excrement humans are allergic to.

Additionally, harmful bacteria do not typically survive for long outside of the human body, usually due to UV exposure, or lack of sustenance.

As mentioned, probiotic bacteria consume the same food source as harmful bacteria, essentially crowding them out and significantly reducing both the lifespan of the germs, as well as the potential for incidental human contact.

However, some germs, such as MRSA, form a hard shell, called a biofilm, to protect themselves.

The Consumption of Biofilm

The biofilm of harmful bacteria has been shown to be a pivotal contributor to microbial infections in humans.

The formation and persistence of surface-attached microbial communities, known as biofilms, are responsible for 75% of human microbial infections...[sic].

Biofilm lifestyle confers several advantages to the pathogens, notably during the colonization process of medical devices and/or patients' organs.

-Anti-Biofilm Activity as a Health Issue.

A recent study published by the American Society for Microbiology concluded that probiotics display a favorable impact on the biofilm of antibiotic-resistant strains of bacteria, stating;

[Probiotics have]...demonstrated a potential as a more efficient antimicrobial agent than other widely available therapies against A. baumannii, MRSA, and P. aeruginosa biofilms and, upon further validation, may potentially serve as a novel antimicrobial therapy for wound infections.

The Science so Far

Probiotics are ecological, easy to use and biodegradable.

They render the environment hygienically stable and are able to survive on and colonize nonbiological surfaces, combatting the proliferation of other bacteria.

In this study, they were also found to perform well on surfaces in the hospital environment that are subject to regular recontamination.

Probiotics are therefore effective innovative products for sanitizing the hospital environment and constitute a valid “green” alternative to the chemical disinfectants used up to now.

However, further trials are necessary to test the product on surfaces which expose hospitalized patients to the greatest risks of infection.

-An Innovative Approach to Hospital Sanitization Using Probiotics: In Vitro and Field Trials

Very few clinical data were found on the interactions between probiotics and MRSA, but the few identified clinical cases pointed to the feasibility of elimination or reduction of MRSA colonisation with probiotic use.

-Role of probiotics in the prevention and treatment of meticillin-resistant Staphylococcus aureus infections.

If you would like to learn more about the benefits of professional janitorial services for your business, contact us today for a free quote!