Green Cleaning Services for Professionals who Work When Sick

Green cleaning services are the perfect solution to address the ongoing challenge of employees and students who come into work or school knowingly ill. 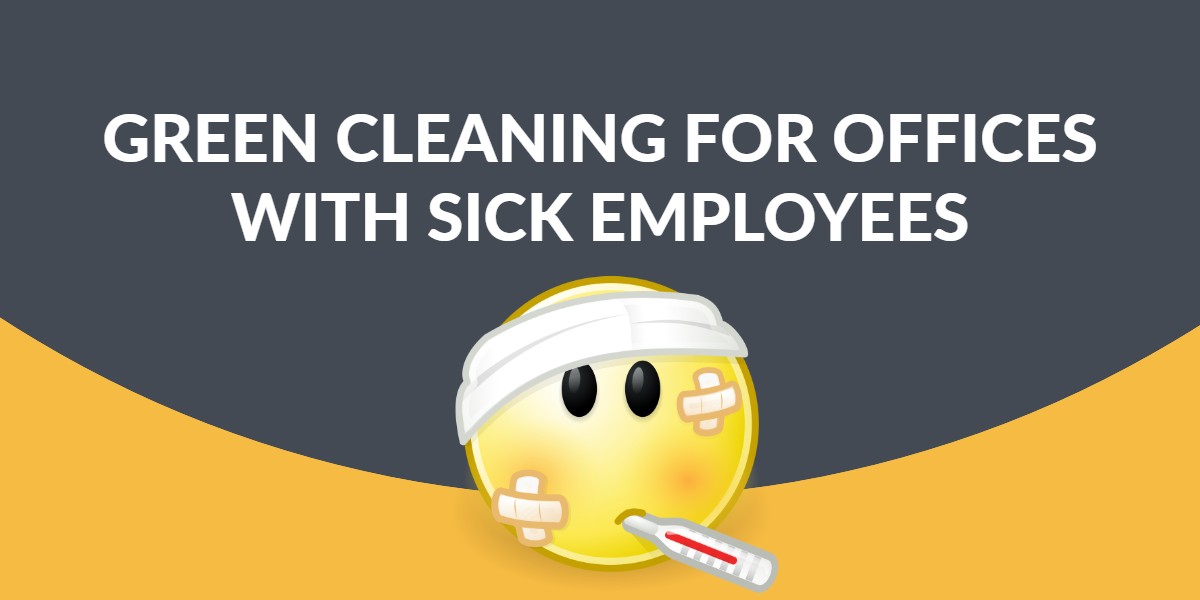 Due to compulsory attendance and a lack of data, the number of students from kindergarten to college who go to class sick is unknown, though the number of sites offering 'classroom survival' advice for ill college students should be telling.

However, studies have shown that an approximate 80% of your workforce is coming into the office sick and infecting everyone else, including your customers.

This behavior is especially problematic in the healthcare industry, where;

Over 40% of surveyed US health care personnel worked with self-reported ILI [Influenza Like Illness].

By occupation, pharmacists and physicians were most likely to work with ILI.

By work setting, hospital-based personnel were the most likely to work with ILI.

Working with influenza-like illness: Presenteeism among US health care personnel during the 2014-2015 influenza season

The number is even higher for food service workers.

According to a recent article by National Public Radio (NPR);

Fifty-one percent of food workers — who do everything from grow and process food to cook and serve it — said they "always" or "frequently" go to work when they're sick.

An additional 38 percent said they go to work sick "sometimes."

Survey: Half Of Food Workers Go To Work Sick Because They Have To

According to a recent survey conducted by Staples:

This appears to be counterintuitive, seeing as 67% of those surveyed stated that coming into work sick (presenteeism) was worse for a business than just staying home.

The inconsistencies continue, as a reported 58% of respondents were aware that the flu virus could live for up to three days on hard non-porous surfaces, and only 47% of managers and 34% of employees sanitized their workspace and equipment on a daily basis.

The reason that employees continue to come into work sick, even though they know they should not, as well as the percentage of workers who understand that the flu virus can hang out on their desk and computer equipment but still don't clean it regularly, must have a cause outside of general awareness.

As it turns out, the problem is the business itself.

Organizations are not providing the proper equipment to allow employees to properly sanitize their workspace, and they are apparently not doing a good enough job of encouraging workers to stay home and telecommute, despite the fact that everyone seems to acknowledge that, that is the single best solution. 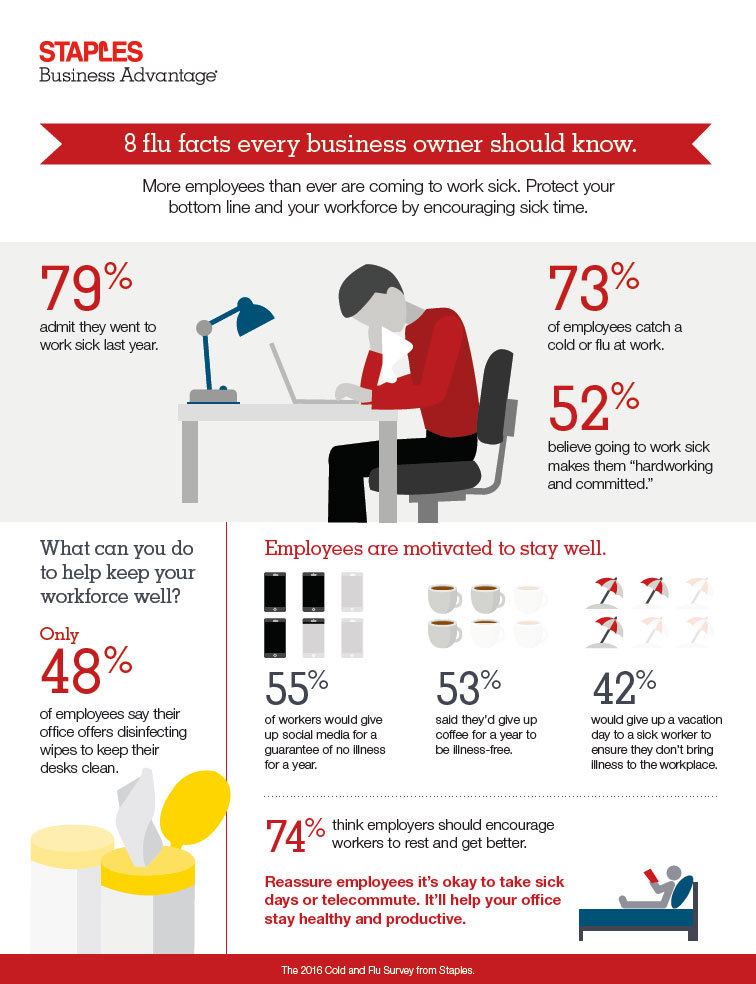 Why do Workers Come in Sick?

According to a recent Healthline article, citing a survey conducted by NSF Research:

Culture is another reason people come to work sick.

A reported two-thirds of those surveyed felt that, despite all evidence to the contrary, those who came in sick were hard workers--slightly more than the 52% reported by Staples.

How Much Does Presenteeism Cost?

Sick workers should be banned from the office--that's just good business.

According to a recent paper published by UL;

[I]ndividual employees lose the equivalent of 1.32 hours per week in reduced performance due to personal or family health reasons.

This presenteeism estimate is nearly double the average number of absenteeism hours (.67 hours per week) reported by the same group.

[T]he total annual cost of lost U.S. productivity attributable to health-related conditions exceeds $225 billion, with the cost of presenteeism estimated at more than $150 billion, or two-thirds of the total.

Phoning It In: The dilemma of Employee Presenteeism

Outside of implementing a company-wide policy that forbade employees from coming into work sick, as well as offering them the opportunity to telecommute to satisfy their psychological requirements, the best method to address the challenging inevitability of workers coming in ill is to:

Despite the mounting evidence, employees and students continue to go into work or class with a contagious cold or flu, likely infecting everyone around them, negatively impacting everyone's productivity while simultaneously working in a reduced capacity, all at a financial loss to businesses.

While strict, 'stay at home' policies may not be practical or possible in every circumstance, and not all jobs or schools can practically facilitate telecommuting or work from home, it is the best policy.

Second to that is taking steps to protect your office and classrooms from the inevitable sick occupant, and to ensure that those who do come in ill are working in a healthy and protected environment.

If you would like to learn more about how outsourced green cleaning services and products can help address the ongoing challenge of students and employees who come in sick, contact us today for a free quote!